After introducing basic Probability in part I and talking more about the interplay between “q” (probability of failure) and “p” (probability of success) in part II, it is now time to introduce the final* variable and the formula that ties them all together.

Central Limit Theory (CLT) states that if something consists of a whole bunch of independent random variables, the expected result will follow a Normal Distribution Curve. 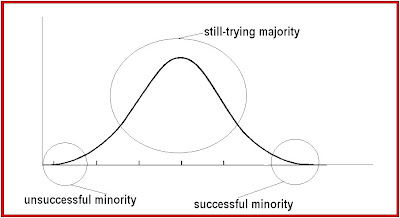 What this means is that apart from a minority of uber-failures and another one of uber-successes, the majority of actions and results will be somewhere in the middle.

More importantly, a large enough sample of actions will give us a very predictable picture. Think about it, if you see enough comedy sketches, you can almost start seeing the jokes developing. If you see enough fights, you will start giving more and more accurate predictions.

Yes there will be surprises, but the rule is that the larger the sample, the higher the accuracy and this is the variable I’m introducing: N, the number of manoeuvres.

Central Limit Theory tells us that for a large enough number of manoeuvers, we can predict outcomes to a 95 – 99% degree of accuracy. THAT’S AMAZING FIGURES!! If I gave odds like that for the lottery we both know what you would do!

Now how does that translate to Grappling / BJJ:

Here you have your formula: Work hard to increase the value of P (attacking from better positions, better technical accuracy and ultimately higher attributes), decrease your Q (get your game tighter, work on your defences and escapes) and raise N (forget single attacks! Attack in combinations)
Numbers don't lie you know.


I hope you enjoyed this rant! I certainly did and it helped keep me motivated while my head was buried in the books and I couldn't roll as much as I want to! It's tough combining work, study and training but the rewards are endless!

I love this sort of stuff when someone relates it to bjj! I like to look for how physics and engineering come into play but statistics and bell curves, that's a whole new ball game.

I like your tip on trying to get your opponent to focus on one thing and one thing only. That doesn't mean a trick but rather a set-up. Have them focusing on stopping a sweep while you set one up in the other direction or set up a submission.

It's like the hip bump sweep from bottom. They can put their hand down to stop the sweep but that open them up for a triangle, and vice versa. This example is from Ryan Hall who stated to give your opponent choices, both bad.

Thanks for the article.

Many thanks for the kind words. I love geeking out. I do enjoy science so I'd love if you could direct me to physics / engineering links that relate to BJJ! there's a "keep calm and send me an email" link at the top of my blog so go sick!

Ryan Hall hit it on the head didn't he?! The thing is, I used to think that if they block both options, you need to learn a third one but now (especially with the backing of statistics) I try to look back and see how I can make the initial two options work. 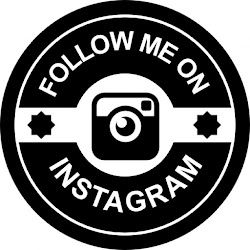 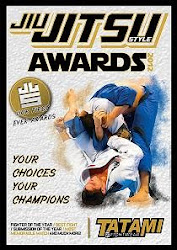 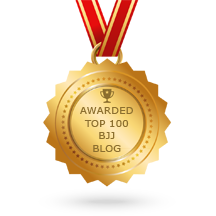 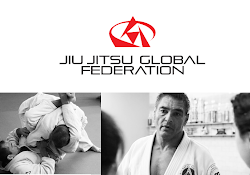 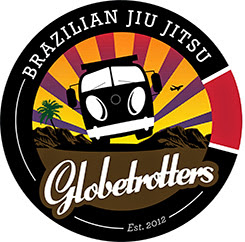